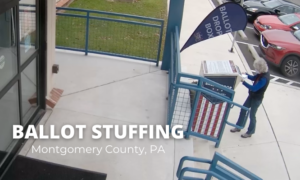 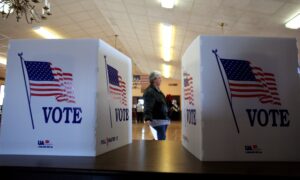 The Amistad Project successfully argued before Judge P. Kevin Brobson of the Commonwealth Court of Pennsylvania that lawfully cast ballots needed to be segregated from potentially late and unlawful ballots. Judge Brobson ordered the Pennsylvania Secretary of State to segregate these ballots.

“Following Judge Brobson’s wise and lawful decision, we must now allow the time it takes to ensure that the process worked and that the law was properly applied in this election,” said Phill Kline, Director of the Amistad Project.

On October 20, 2020, the Amistad Project filed a motion in the U.S. District Court, Middle District of Pennsylvania seeking a restraining order to block the use of private funds from Mark Zuckerberg in the election of the state. Zuckerberg’s grant to the state through the Center for Tech and Civic Life (“CTCL”) explicitly required the City of Philadelphia to open no fewer than 800 new polling place, failing to do so would require the City to forfeit the grant money. The fund also paid judges to oversee ballot counts and the outcome of disputes from eligibility of ballots in the election.

In October 2020, the Amistad Project and GOP candidates Sean Parnell and Luke Negron announced that their plan to resolve the ballot fiasco was successfully adopted by officials in Allegheny County, PA to ensure that every vote was properly counted for the election. A consent motion had been filed by Amistad attorneys Thomas W. King, III and Thomas E. Breth.

In December, the Amistad Project filed litigation in Pennsylvania alleging that due to legal violations by state and local government officials, the state’s reported presidential election results might be off by a little more than 120,000 votes.

“Pennsylvania’s error rate is orders of magnitude greater than the 0.0008% tolerance set by Congress,” noted Phill Kline, director of the Amistad Project. “This seriously undermines public confidence in the fairness of our elections, and it’s all because some government officials chose to abuse their power and ignore the law.”

There is no current legislation being conducted in Pennsylvania.

To stay current on changes to Pennsylvania Legislation: BECOME A MEMBER TODAY!