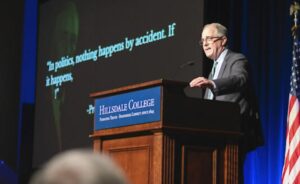 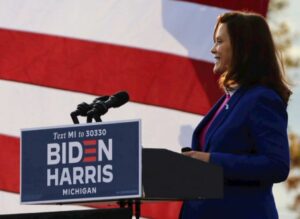 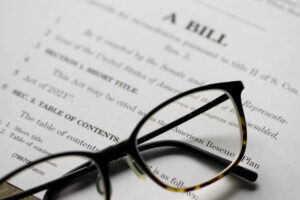 In October 2020, Libertas Christian School, through the Amistad Project, filed a lawsuit with the U.S. District Court, Western District of Michigan to stop the threats of imprisonment and promises by Governor Gretchen Whitmer (D) to shut down the school. The lawsuit claims that the Whitmer administration violated the First Amendment rights of assembly and religion for the school’s 265 students. The Amistad Project called the move to shut down the school a “shocking” and “audacious abuse of power.”

On November 26, 2020, the Amistad Project filed a lawsuit asking the Michigan Supreme Court to secure all evidence of irregularities in the 2020 Presidential Election and declare the election results invalid on the basis of unlawful conduct by state and local officials.

“In numerous instances, state and local officials brazenly violated election laws in order to advance a partisan political agenda,” said Phill Kline, Director of the Amistad Project. “The pattern of lawlessness was so pervasive and widespread that it deprived the people of Michigan of a free and fair election.”

There is no current legislation being conducted in Michigan.

To stay current on changes to Michigan Legislation: BECOME A MEMBER TODAY!

Keep up with what happens in Michigan!

• Join a community of like-minded Americans

• Get connected with a local election integrity group

• Get Early Bird Special discounts on courses, conferences, and more